Just wanted to let you know that the weather balloon launch that we had scheduled for this Saturday (7/29) has been rescheduled for the following Saturday (8/5). We have discovered that two APRS trackers that I have are dead. Thanks to WX4BK for spending a lot of time wrestling with the hardware problems, and thanks to WD8LQT for offering his TinyTrak to use on the upcoming flight. The next launch attempt will still be at the Hobby Lobby in Carrollton. We'll plan to meet at 9 AM on August 5 and begin preparation for launch. We'll keep you updated. If you have any questions, feel free to email me at This email address is being protected from spambots. You need JavaScript enabled to view it..

On May 8, 2011 at 11:08 local Houston time, a weather balloon lifted off into the sunny Texas sky. Because of some unexpected extra weight, it struggled a little as it crossed into the stratosphere. 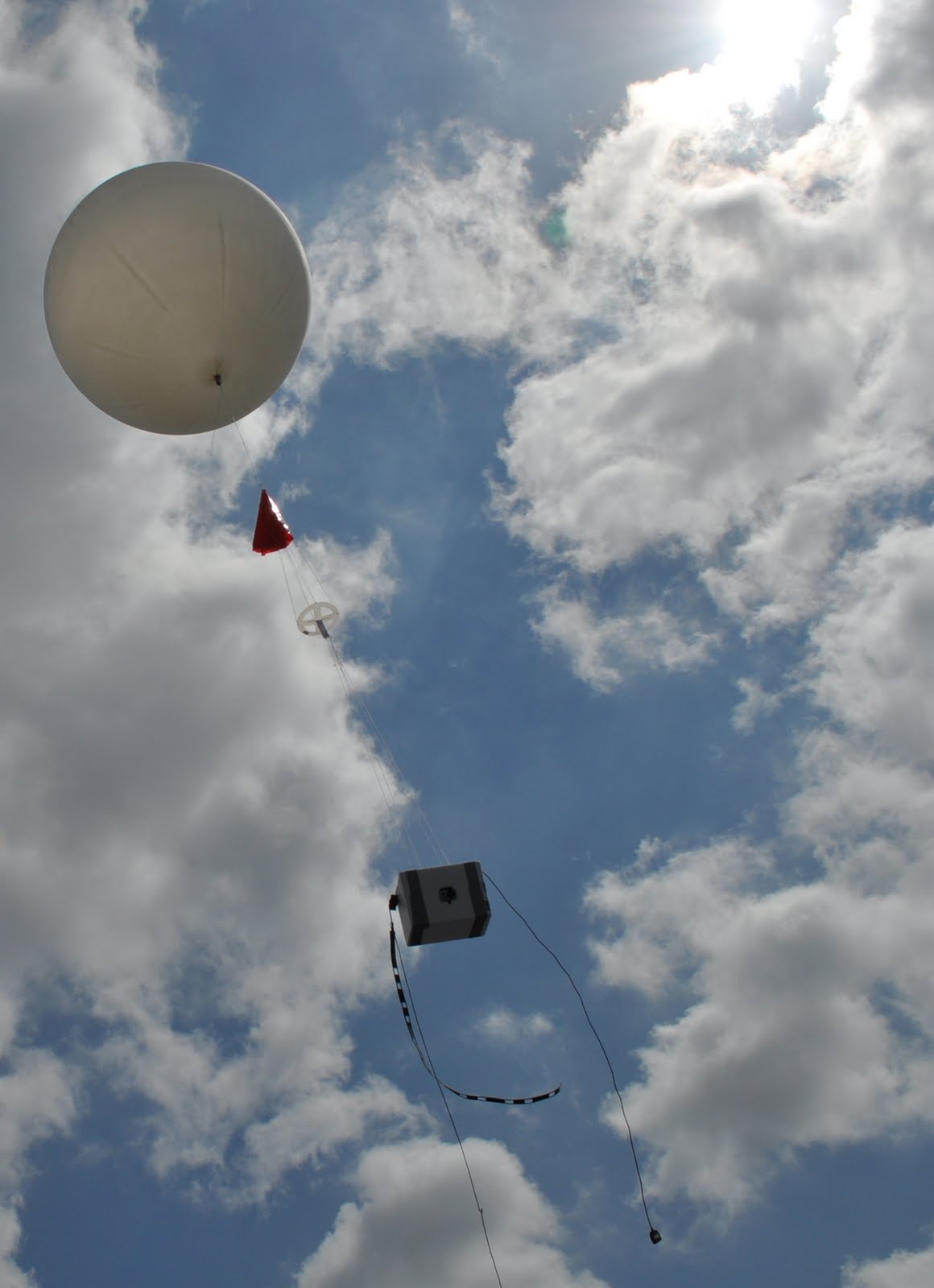 Soon, it entered the jet stream, where it traveled at speeds up to 130 miles per hour. As it made its way across the state, the intrepid crew of this weather balloon received a very special tweet: 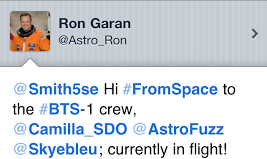 Yes, astronaut Ron Garan, who was on the International Space Station flying over Houston at the time, said hello. This was no ordinary crew. They were Camilla SDO, a rubber chicken; Fuzz Aldrin, a teddy bear; and Skye Bleu, a stuffed flying pig. They were emissaries of NASA's Solar Dynamics Observatory, Bears on Patrol, and the American Institute of Aeronautics and Astronautics, respectively. This crew and this mission were closely being followed by thousands of people on Facebook and Twitter. Things were about to get much more interesting.

Because of the extra weight, and the strong jet stream, the balloon was carried quite a distance. When it finally came to rest, it was in a Louisiana swamp where it spent the next five days. You can read more details about that here. We set up a guestbook for people to leave notes for the crew. Many people signed it, including a flight director for the International Space Station, as well as a representative of the European Space Agency! 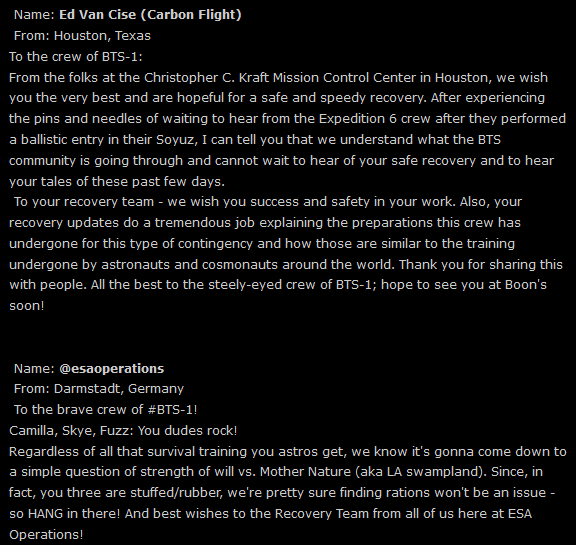 The crew was finally rescued five days later by an employee of the Louisiana Dept. of Wildlife and Fisheries (Thanks, Goose!) with an airboat. The drama was not quite over. When the capsule and crew were shipped back home, FedEx lost the package, but it was finally found a week later. 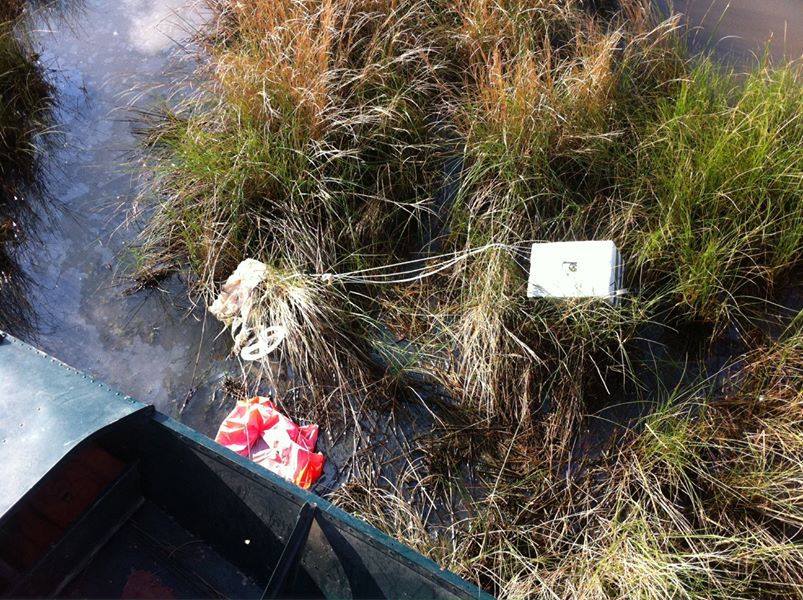 And that's the story of BTS-1, a wild adventure and "successful failure" just like Apollo 13...but with more fur and rubber. 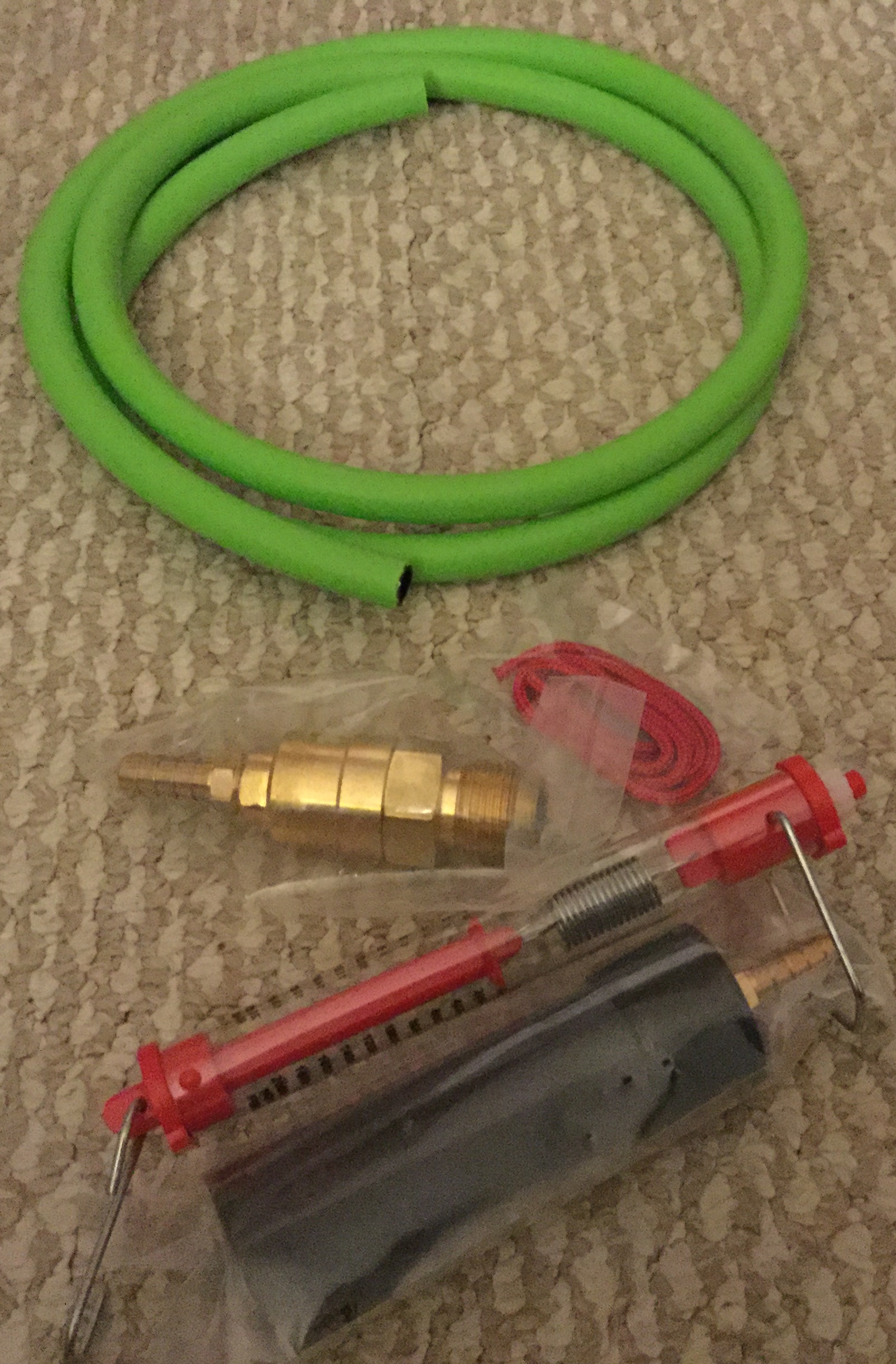 My new weather balloon inflator from High Altitude Science has just arrived. Yes, it looks like just a high-pressure hose with a CGA-580 brass fitting, but it represents a lot more. It has the weight system so we can attach weights to easily calculate our nozzle lift, and the other end is designed to snugly fit into the neck of the balloon. It also means we can safely inflate the balloon with a much higher flow rate than before.

If you've been to previous launches, you probably remember people in cramped positions under the balloon with cramped hands from holding that little party balloon tilt valve open for long periods of time. You may have even been one of those people! Those days are over. We can now insert the end into the neck of the balloon, secure it with electrical tape, and open the cylinder's master valve. We'll need to keep a hand on the valve to slow it down and stop it, but that should be much more comfortable and much faster.

To top it off, I'll leave you with this image, which was a nice personal touch that came with the package. 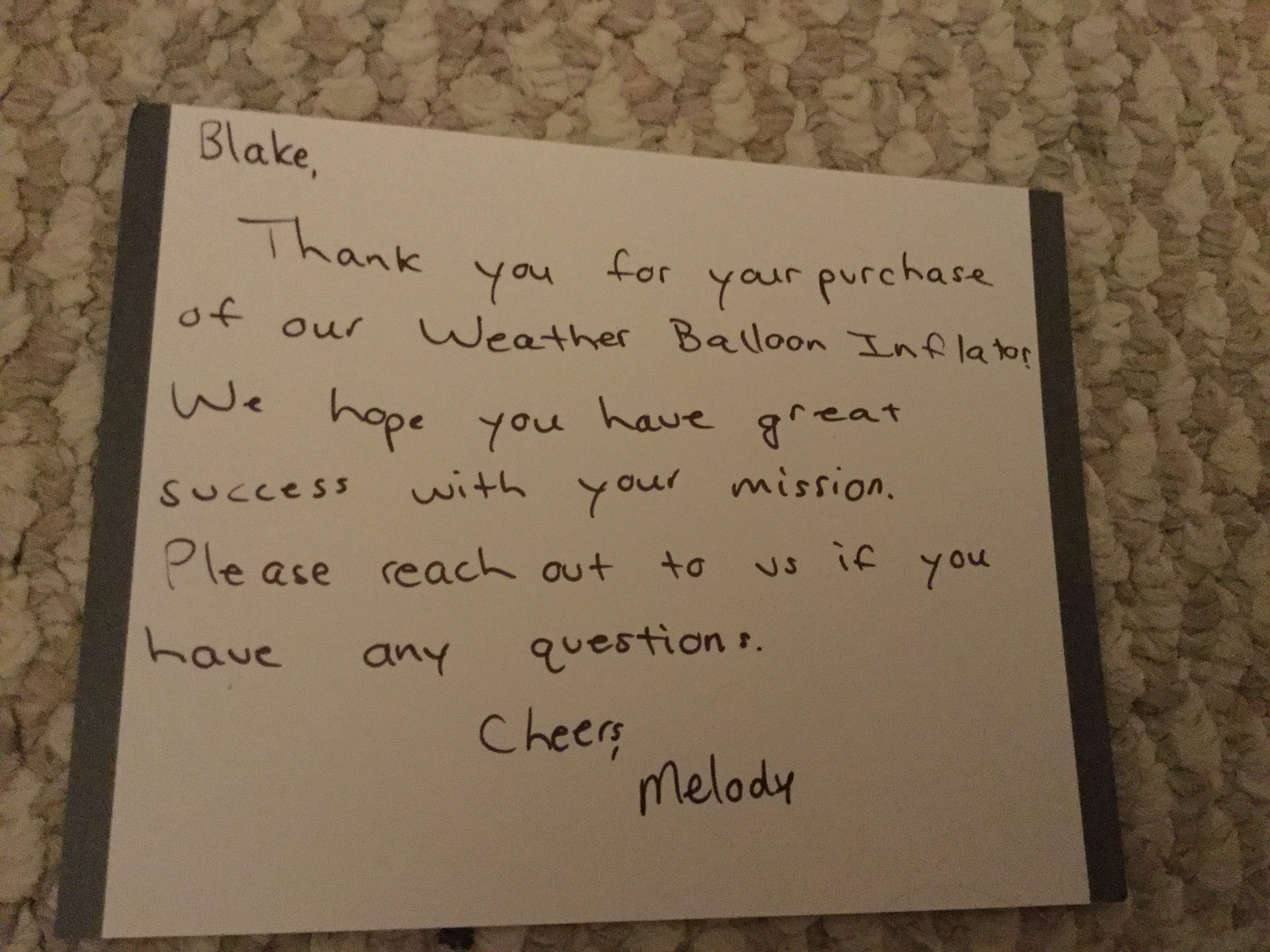