ICS and Other Certifications

Weird ideas come to me when I'm lying in bed trying to sleep. Last night was no exception. With the HF bands being really crappy for awhile now, I was thinking about the challenges and alternatives, as they relate to emergency communications. Even with an NVIS antenna configuration to make contact just outside the affected area, HF could be really noisy and even unworkable at times. I started thinking about one of my favorite ways to play with ham radio, and it hit me. Forgive me if you've had this idea, but it's new to me. I thought about the fact that it's almost impossible to exchange much meaningful information in the span of an FM voice satellite pass, and that the ISS digipeater is really your only option. Then I had a realization. In an actual emergency, what's to stop you from transmitting packet or any other digital mode on a voice satellite? Yes, it's really bad practice on the average day. But if the world is falling apart in your area, (1) the rest of the world has probably seen it on the news, and they're not going to fault you (or shouldn't) for transmitting digital noise on the satellite, and (2) the people in the affected area with you probably aren't having fun QSOs on the bird, either. Just a random thought that hit me, and another potential tool to add to the arsenal. In emcomm, it doesn't have to be pretty. It just has to get the job done. 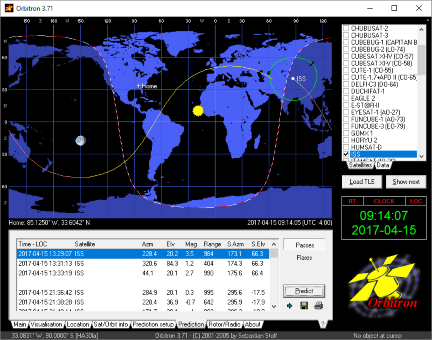